​What do they do? 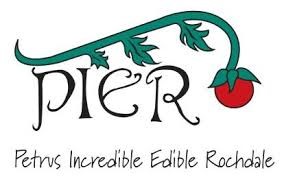 The Apna IIaaka (Our Neighbourhood) project is delivered by a partnership between Petrus Incredible Edible Rochdale (PIER) - a community horticulture project run by a local homelessness service Petrus Community - and Apna Ghar, a day centre for South Asian elders in the local community run by Kashmir Youth Project (KYP) in Rochdale.

What is the aim of the project?

The aim of the project was to bring together two very different local community groups in Rochdale who were at risk of social isolation and experienced poor health and wellbeing. In order to bring these groups together, the project found a common interest that utilised the group’s knowledge and skills; the historic medicinal and culinary use of plants, and how to grow them.

How did they identify the need for the project?

The therapeutic value of gardening in improving mental health, reducing feelings of isolation or exclusion, improving physical health and acquiring new skills have long been recognised to benefit individuals. The Petrus Community’s PIER service already offered a 'gardening on prescription' service on their own allotment for their core  client group of homeless men. 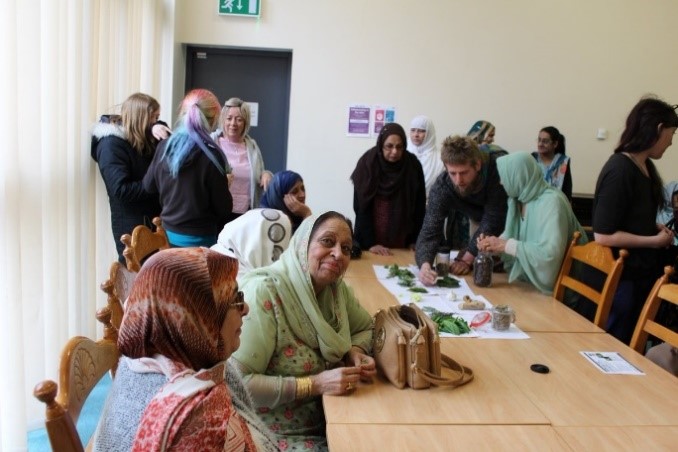 The Petrus Community were seeking to connect their client group of homeless men with communities in Rochdale, whilst the Apna Ghar Day Centre, run by KYP were looking for a new project to reduce levels of social

isolation of the elders they supported, and to improve their physical and mental wellbeing. Petrus’ allotment is located directly opposite the Day Centre on Belfield Road in Rochdale, but there was no interaction between the two. Both organisations felt that the Petrus allotment offered an ideal resource for a joint partnership project.

Historically, knowledge regarding the use of plants for medicinal and culinary purposes amongst cultures would have been passed down through generations. However, changes in food culture, and society in general has meant much of this knowledge has been lost amongst younger generations. It is therefore at danger of being lost from the cultural identity of the populations involved. Following consultations between KYP and the elders of the Apna Ghar Day Centre, learning about natural herbal remedies was identified as a way to come together to capture this knowledge and to share the resultant learning with other generations and cultures.

How did it begin?

The Apna Ilaaka project was launched in April 2018 as a joint partnership, utilising a community space and a common interest to bring together two separate groups. The allotment was used to grow herbs and plants for the project, with the Petrus clients providing physical work and gardening expertise, and KYP’s Apna Ghar Day Centre group providing knowledge and culinary skills.

A local medical herbalist Zoe Naylor, and artist David Chatton Barker were engaged to explore and capture project participants’ knowledge and use of herbs whilst Rachel Bennion, the PIER Engagement and Development Worker and qualified therapeutic horticulture practitioner, was tasked with coordinating the participants’ learning and activities to support the growing of the plants required for the project.

The project also involved young people engaged with the Princes Trust, working on the allotment as part of their programme and adding another generational dynamic.

Funding for the partnership was provided by Near Neighbours Urban Church Fund, Ambition for Ageing Rochdale and the Royal Horticultural Society.

Who are the beneficiaries?

The primary beneficiaries of the project were the local homeless community and vulnerable people at risk of homelessness supported by The Petrus Community, and the women of Pakistani, Kashmiri and Bangladeshi origin who attend the elders group at KYP and at risk of social isolation due to their age and culture.  Young people also benefitted as part of their Prince’s Trust programme.

In addition, the community allotment and garden which emerged from the project has provided a colourful, thriving, communal space that is used by many members of the local community including schools, nurseries, dementia patients, charities and people referred by healthcare professionals. Within its first year, the project

evolved a number of separate yet interconnecting ‘strands’ - ‘Corridor of Colour’, Herb Project and Summer Solstice event. As a result, the social capital generated from the project has achieved a reach far beyond that originally envisaged by the partnership organisations and continues to grow.

Why is it different / special?

Petrus Community and KYP were able to draw upon their close organisational working relationships, their geographic location, as well as their in-depth knowledge of the interests and skills of their respective client groups to create an intergenerational project based around a common interest. By engaging the services of a medical herbalist, artist and therapeutic horticultural practitioner, the project was able to provide participants with the means to share a common interest, skills and knowledge, and to understand one other’s challenges and life experiences.

“It has been a delight working with Petrus on this project and shows how much positive change can be achieved in a relatively short space of time through collaboration” Khadija Tily, KYP

Whilst the Apna IIaaka project is centered around horticulture, it didn’t require all participants to take part in the physical aspect of gardening. The project encompassed a wide range of interest areas including history, cultural and culinary traditions, arts and crafts as well as hands on gardening activities. This approach provided something for everyone to get involved with, regardless of their ability, age or knowledge.

The project has transformed an unloved space into a thriving community hub. It brought together two separate groups who were geographically close but disconnected from one another in terms of culture, language, age and life experiences, and then connected them to the wider community.

What challenges have they faced? How did they overcome them? 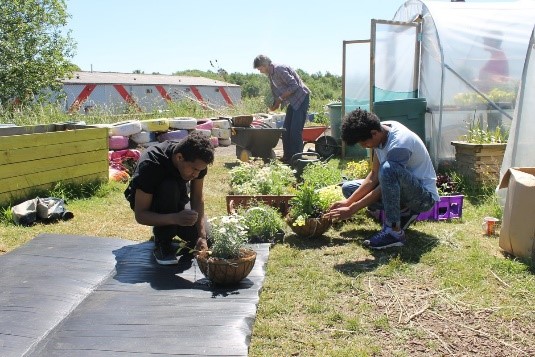 Due to the multicultural nature of the project, the biggest challenge related to language and communication. As many of the Apna Ghar participants did not speak English as their first language, the project used funding from Ambition for Ageing Rochdale to employ the services of a translator to aid communication and help build relationships. Over time individuals also developed their own nonverbal communication methods to overcome a lack of common language.

These interactions helped to overcome cultural barriers towards mixing between sexes and helped to dispel preconceived ideas about each other’s culture, beliefs and life experiences.

What successes / outcomes have they had?

One of the major successes of this project was that it was able to draw together a range of people of different  ages, cultures, backgrounds and motivations through a common interest. Over time, barriers and preconceptions between community groups were broken down and a sense of equality, greater understanding and connectivity emerged which extended far beyond the participants the project was initially designed to support.

The project provided a wide variety of opportunities to help improve physical and mental health; Zoe’s teaching about the medicinal properties of various plants and herbs and how to use them to improve health and wellbeing, the creative art ideas and activities that David introduced and of course the therapeutic nature of gardening and being outside.

“I learned that some of the herbs are helpful with ailments such as Arthritis and the digestive system. especially Chamomile Tea” Nasim Aslam, Apna Ghar Day Centre Attendee

The ability to share skills, knowledge, experience and learning new skills increased the confidence of participants. Being involved gave people a sense of purpose, pride and achievement, not least because their efforts won a number of regional and national awards including the North West in Bloom Awards, the Royal Horticultural 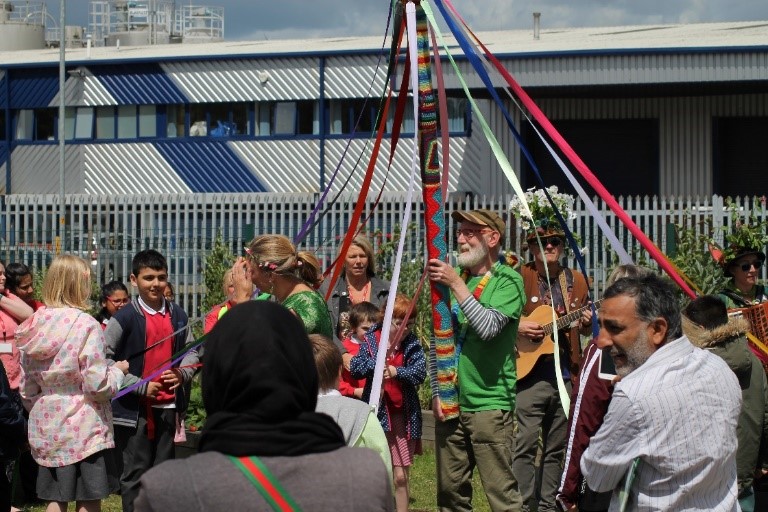 Society (RHS) and Rochdale in Bloom. They secured media coverage in the RHS’s ‘Grassroots’ and ‘The Garden’ magazines and have recently secured an invitation to exhibit a garden at the Tatton Flower Show in July 2019.

The project captured interest of local people and engaged the whole community of Rochdale in ways well beyond the original scope of the project. The Apna Ilaaka project is about to commence its second year of activity with planned actions including the continuing use of the allotments by the Asian elders and the Petrus Community, regular seed sowing workshops and the possibility of a dedicated KYP growing area to supply ingredients to the onsite café. Even small, unplanned activities, such as the emergence of a friendly garlic growing completion between members of the two groups illustrate the friendships that have been formed and are a valuable legacy of the project.